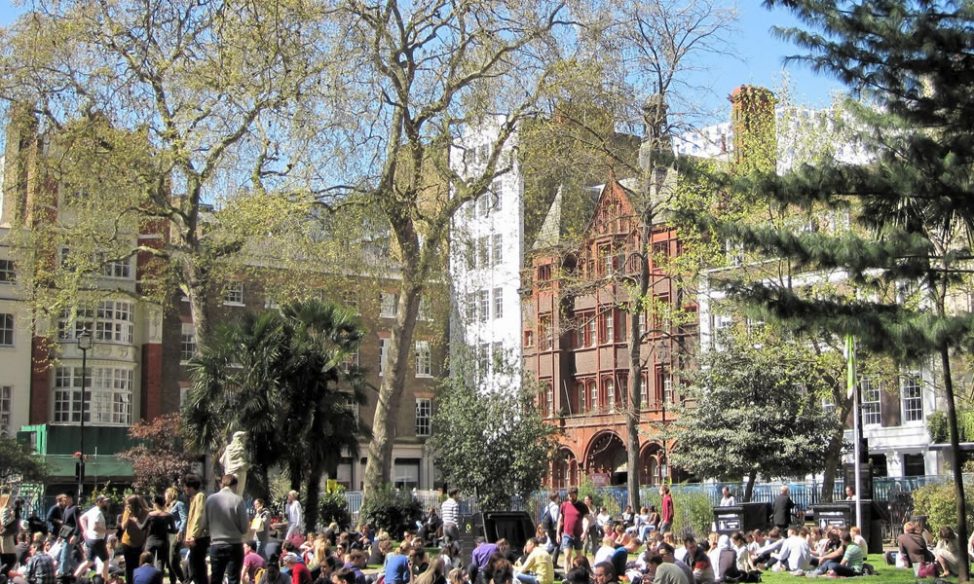 Soho is located in the heart of London’s West End and is a renowned business and entertainment spot with a huge number of bars and clubs and a wide choice of restaurants and cafes. It stretches from Charing Cross Road in the east across to Regents Street to the west and down as far as Piccadilly Circus.

Soho boasts a number of popular tourist attractions like Carnaby Street, famous as a fashion destination, the London Palladium, Soho Square and the popular Chinatown area is close by.

It’s also home to many businesses in the media and business services sectors and is also home to large corporate businesses like 20th Century Fox, Rightmove and Sony Pictures. There has been a considerable amount of office development in the last year with nearly 50,000 square feet under refurbishment in Soho Square for Aviva and a further 200,000 square feet being developed across the area. The influx of new businesses to Soho has seen a rise in the number of retailers moving in and the growing choice of cafes and food stores.

Soho is just 3 or 4 stops to the City of London making it an ideal Central London location for any business.

You will find the following office options in the Soho area:

Soho will benefit from its close proximity to the new Crossrail station at Tottenham Court Road that will provide direct links to Heathrow, King’s Cross and the Eurostar at St Pancras International for connections across Europe as well as making it easier to get across to Canary Wharf, London’s second financial district and London City Airport.

Popular business locations are Dean Street, Wardour Street and Soho Square and the area is well served by a number of Tube stations that are close by like Tottenham Court Road, Oxford Circus, Leicester Square and Piccadilly Circus. It’s also great for the wide choice of local amenities like places to eat, supermarkets, bars, theatres and places of interest.

There are around 20 Serviced Office Centres within the area of Soho and SO Advice can help you make the most informed choices.

“Soho is a central London location offering excellent amenities and is close to other popular West End areas like Covent Garden.” Martin Halling

Soho is close to a number of areas that may offer an alternative location for your business. We have selected several options that could be worth considering for your new office space.

Soho: £550 – £950
Oxford Street: £500 – £950 Europe’s busiest shopping street is close to excellent local amenities.
Mayfair: £750 – £1200 A prestigious location in the heart of central London, close to shops and well served by transport links.
Covent Garden: £600 – £900 Excellent transport links and close proximity to shops, cafes and restaurants make Covent Garden an excellent area for consideration.
St James: £750 – £1000 This area is famous for its proximity to excellent parks and for its prestigious business addresses like Pall Mall and St James Square.

If shopping is your thing then Soho is well placed as a business district. The area has a wide choice of shopping locations from boutique stores to the newly refurbished Foyles Book Store on Charing Cross Road and the world famous Liberty London department store.

Oxford Street and Regent Street are just a short walk away and the eclectic mix of the diverse fashion stores of Carnaby Street, made famous in the 1960’s as the home of British street fashion and new designers like Mary Quant, is also close by.

A public garden since 1891, this pretty spot is a great place to meet friends after work or for lunch. It’s just off Wardour Street the former home of the legendary Marquee Club.