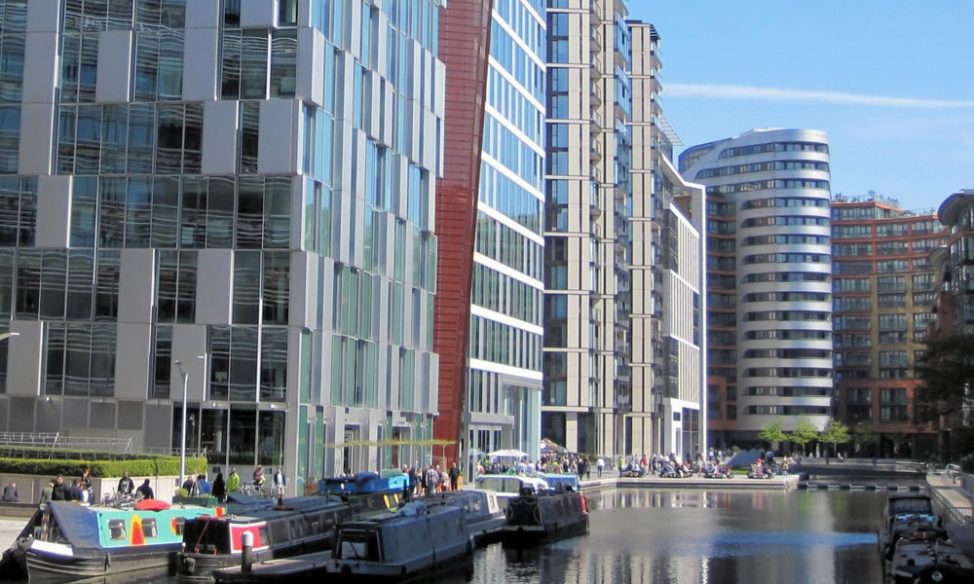 Paddington is an area in West London in the London Borough of Westminster and has been an important transport gateway since the 18th century. It sees some 61 million passengers pass through Paddington station every year and will be an important hub for the Crossrail service. The Paddington Waterside and Basin developments started in 1998 with the aim of regenerating former industrial land around the Grand Union Canal. Some areas are still being developed with the final stages due for completion in 2018, providing some 10,000,000 sq. ft. of prime office, retail and residential space.

There are several popular landmarks in the area, including the Grand Union Canal, the Fan Bridge and Paddington station which was designed and built by Isambard Kingdom Brunel. Paddington is the main rail gateway connecting London with the West and Southwest of England and Wales, and with the addition of the Heathrow Express, Heathrow International Airport is a rapid 15 minute journey away. With the station having recently been given a £65m facelift, Paddington is now a thriving business district and home to many corporate businesses like Visa Europe, Marks & Spencer, Vodafone and Nokia UK.

You will find the following office options in the Paddington area:

Paddington has been transformed by extensive development during the last 15 years. It is now home to many corporate headquarters around the Paddington Basin area. This popular location offers rail connections to the Thames Valley and the Southwest including Reading, Slough, Bath and Bristol.

The development of Paddington has created a thriving business and residential hub well serviced by stores, cafes and restaurants. The West End and City are easily reached by several Underground lines.

There are around 50 Serviced Office Centres within half a mile of the Paddington Area and SO Advice can help you make the most informed choices.

Paddington is close to a number of areas that may offer an alternative location for your business. We have selected several options that could be worth considering for your new office space.

Paddington: £500 – £850
Berkeley Square: £800 – £1200 This central Mayfair location is a popular London address for many businesses.
Mayfair: £750 – £1200 A prestigious location in the heart of Central London, close to shops and well served by public transport links.
Oxford Street: £550 – £800 This world famous shopping destination is also home to many businesses in the media, fashion and business services sectors.
Euston: £550 – £850 With easy access via mainline or Underground stations, Euston is a popular business area close to the West End shops of Tottenham Court Road and Oxford Street.

Paddington is a self-contained business district providing companies based in the area with easy access and a wide range of things to do. Its proximity to Hyde Park and the green spaces of Paddington Green provide excellent opportunities for time away from the office.

There are many cafes and restaurants around the attractive Sheldon Square and Paddington Waterfront areas, offering a wide variety of lunchtime and evening options.

A short walk north of Paddington Basin, on the edge of the Paddington Green conservation area is the beautiful Georgian church of St Mary. The church was designed by architect John Plaw and consecrated in 1791. It’s a great location for a lunch time stroll or regular running route.