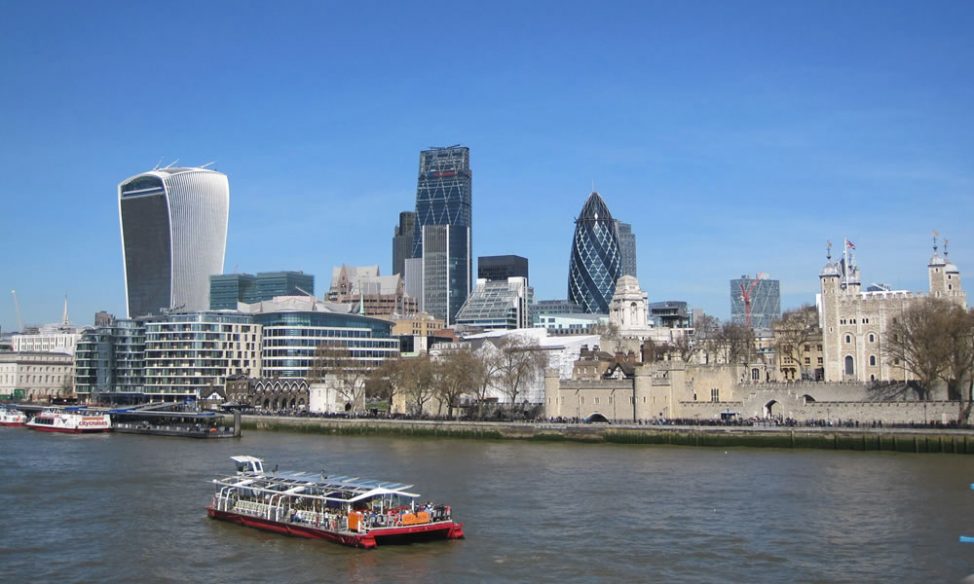 Office space in City of London

The City of London is located in the east of London and is also known as “The Square Mile”. Historically, the City was the original Roman settlement established in 47AD, it grew rapidly due its proximity to the river Thames and today it’s one of two areas with City status, the other being the City of Westminster. Over 14,000 businesses employing over 400,000 people are located in the City. With over 8 million square metres of office space, the City has seen a steady increase in developments with a number of landmark buildings like 122 Leadenhall Street known as the Cheesegrater and 20 Fenchurch Street interestingly called the Walkie-Talkie recently dominating the famous skyline.

The area stretches from Chancery Lane in the west across to St Paul’s Cathedral and the landmarks around Bank station, then over to Aldgate and Tower Hill in the east. There are a number of principle locations using the EC postcode prefix (EC1,EC2, EC3 & EC4), notably Bank, Liverpool Street, Holborn and Moorgate. Interestingly there are some 7,000 residents in the City, which has grown recently with increased mixed use developments. And there are more planned, like the proposed Minories improvements at Aldgate.

Looking for serviced offices in City of London?

You will find the following office options in the City of London area:

The City of London is home to a number of banks, legal, financial, business services and creative businesses, but SME’s make up over 98% of businesses located here.

The area also attracts a significant number of overseas businesses who can take advantage of the excellent local amenities, transport links and infrastructure. The City will benefit from Crossrail from 2018, linking Liverpool Street station in the north with Canary Wharf to the east and west London locations like Paddington.

Other areas of Central London like London Bridge, the West End and Victoria can be reached quickly in around ten minutes using the various Tube stations.

There are around 85 Serviced Office Centres in the City of London, with a combined area of 2 million sq. ft., representing 3% of the City’s total Stock. SO Advice can help you make the most informed choices.

City of London is close to a number of areas that may offer an alternative location for your business. We have selected several options that we think are worth considering for your new office space.

City of London: £600 – £1200
Moorgate: £600 – £900 This area benefits from several Underground stations and mainline connections.
Central London: £500 – £1200 The West End and City locations of Central London provide an alternative to Canary Wharf.
Bank: £650 – £1000 Benefiting from several Underground lines and mainline services close by as well as shopping and many cafes.
Covent Garden: £600 – £900 Excellent transport links and close proximity to shops, cafes and restaurants make Covent Garden an excellent area for consideration.

The City of London has some very diverse things to do away from work. As you would expect from one of the world’s leading financial districts, the choice of restaurants, cafes, places of interest and shopping opportunities are almost endless. You can catch a performance at The Barbican Arts Centre, visit the Roman wall ruins around the London Wall area, spend an evening at a retro night club near St Paul’s or book a table at a celebrity chef’s restaurant like Jamie Oliver’s Barbecoa or The Bread Street Kitchen.

The City of London comes to life at night. There is a vibrant night life around the many bars and pubs so you don’t have to go far to find a suitable location to meet friends after work.

Postman’s Park is tucked away on St Martin’s Le Grand, adjacent to Little Britain and the site of the former General Post Office (GPO) building. The parks name comes from its popularity with workers from the GPO and has been open to the public since 1880, although there has been public access to part of the original church yard since 1050. It’s a quiet place to relax and enjoy a coffee away from the office.