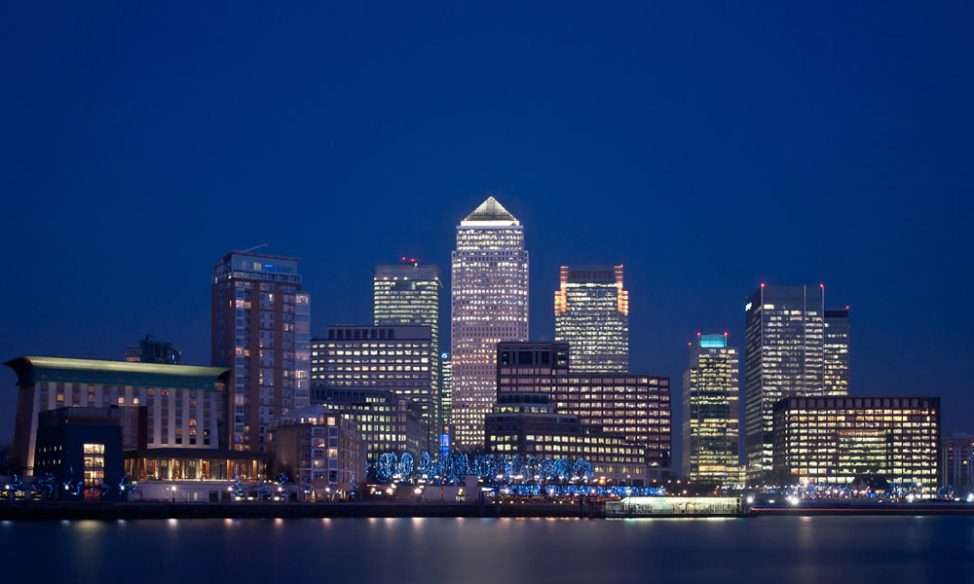 Canary Wharf is one of London’s most iconic and sought after office and retail locations purposely built in an area to the east of Central London within London Borough of Tower Hamlets. Forming one of London’s two financial districts, (The City of London) Canary Wharf was developed in the late 1980’s on the site of the disused East London docks that received goods from the Canary Islands until the 1970’s. It provides over 16m sq.ft. of superior office, retail and leisure space, and has a current working population of over 100,000. One Canada Square is the second tallest building in the United Kingdom and is also known as Canary Wharf Tower (244m).

Elegant amenities and a bustling retail scene of over 300 shops, cafes, bars and restaurants means that there is lot’s to do in the area. Its great riverside location and accessibility to other areas mean the O2 Arena, historic Greenwich and Surrey Quays are all within easy reach.

You will find the following office options in the Canary Wharf area:

Canary Wharf has over 14 million square feet of office space and is home to a wide variety of companies including technology, investment and marketing businesses.

There is extensive further development planned to take advantage of the new Crossrail station that will link the area with Woolwich to the east, Liverpool Street in the City, and Heathrow Airport to the West.

The Docklands Light Railway (DLR) provides easy access to the City of London and the Jubilee line connects the area to the West End. It’s only a short train ride to Bank Underground station in the City of London for onward connections across London. There is even a passenger boat service from Canary Wharf pier providing regular connections to central London. Key European cities can be easily reached from London City Airport which is close by.

There are around 14 Serviced Office Centres within the Canary Wharf area and SO Advice can help you make the most informed choices.

“Canary Wharf offers an impressive choice of modern office space and extensive shopping and leisure amenities, all of which are just a short train ride to Central London.”James Tatham

Canary Wharf is within easy reach of a number of areas around London that may offer an alternative location for your business. We have selected several options that we think are worth considering for your new office space.

Canary Wharf: £500 – £900
City of London: £500 – £1200 The renowned financial district to the east of London is home to many corporate businesses, famous landmarks and has excellent transport links.
Moorgate: £600 – £900 This area benefits from several Underground stations and mainline connection.
Central London: £500 – £1200 The West End and City locations of Central London provide an alternative to Canary Wharf.
Bank: £650 – £1000 Benefiting from several Underground lines and mainline services close by as well as shopping and many cafes.

The area boasts many excellent restaurants and cafes and even a cinema. There are gyms and plenty of attractive open spaces for a midday run. Canary Wharf has easy access to central London shopping and West End theatres so you are never far from an extensive choice of things to do.

It can be easy to forget the historical importance of the Canary Wharf area to the prosperity of London when confronted by the skyscrapers and modern office developments. The Docklands Museum is an interesting attraction that showcases the rich heritage of the area and is well worth a visit.