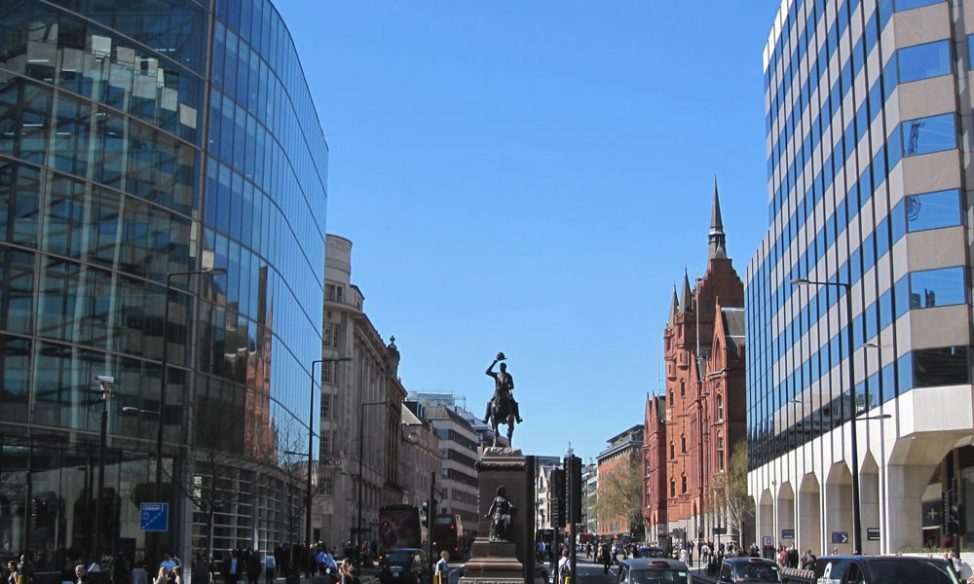 Holborn is located in the area between the City of London and the West End also commonly known as Midtown. It sits between the London Borough of Camden and the City of London following boundary changes in 1994. This historic area was first mentioned as a location in 959 and named after a small river running in to the river Fleet nearby.

There are a number of landmarks in the area, notably the impressive red brick Victorian building at Holborn Bars, built in 1879 and the home of Prudential Assurance, the Tudor Staples Inn on High Holborn and the grand former Pearl Assurance building which is now a hotel.

The area has had an association with the legal profession since medieval times and the Inns of Court of Grays Inn and Lincoln’s Inn are close by. Holborn is now home to many corporate headquarters like Sainsbury’s, WSP Global, Liberata UK, and Reed.

The central location means Holborn is close to areas like New Oxford Street, Fitzrovia and Bloomsbury, the home of The British Museum which is just a short walk away.

You will find the following office options in the Holborn area:

Holborn is home to many law firms, financial companies and a growing number of business services companies attracted by the location and easy access to other areas of Central London. Holborn is on the Central Line and just one stop from the new Crossrail station opening at Tottenham Court Road, providing easy access to national and international connections at Heathrow, Paddington, King’s Cross and St Pancras.

There are around 64 Serviced Office Centres within half a mile of Holborn and SO Advice can help you make the most informed choices.

“Holborn is part of Midtown, offering a central location between the City and West End.” Martin Halling

Holborn is close to a number of areas that may offer an alternative location for your business. We have selected several options that could be worth considering for your new office space.

Holborn: £800 – £1100
Covent Garden: £600 – £900 Excellent transport links and close proximity to shops, cafes and restaurants make Covent Garden an excellent area for consideration.
Oxford Street: £500 – £800 This world famous shopping destination is also home to many businesses in the media, fashion and business services sectors.
City of London: £500 – £1200 The renowned financial district to the east of London is home to many corporate businesses, famous landmarks and has excellent transport links.
Moorgate: £600 – £900 This area benefits from several Underground stations and mainline connections.
St Paul’s: £650 – £950 Dominated by the world famous cathedral, the area has interesting squares and green spaces and the Millennium Bridge over the Thames is close by.

Holborn is an ideal central location close to the City of London and just a short Tube ride in to the West End. As a result it benefits from the many amenities both areas have to offer. What is great about Holborn is the relatively short journey to the excellent shopping around Oxford Street and Regents Street and the many places of interest across Central London. Holborn is just one stop on the Central Line to Tottenham Court Road and two stops on the Piccadilly line for the cinemas around Leicester Square and the theatres in Covent Garden. There are also lots of great restaurants and cafes around the local area as well as some very interesting places of interest like the Sir John Soane’s Museum.

Just a short five minute walk from Holborn station is the small green space of Red Lion Square Gardens on Proctor Street. It’s a great spot away from the fast pace of this busy business district.